GROWING UP PROFOUNDLY DEAF AND NOT DUMB IN THE HEARING WORLD: A BASKETBALL PLAYER’S TRANSFORMATIONAL JOURNEY TO THE IVY LEAGUE

Heaven is the basketball court. He can’t hear the purely basketball sound of a sneaker squeaking on the hardwood, but he can feel the game—the physicality of it, the seamlessness when a team works together to make the offense run, the adrenaline rush after the ball swishes through the net or the rebound lands firmly in his grasp. Sports are meant to be the great equalizer, where nothing matters but the answer to the most basic of questions: Can you play? 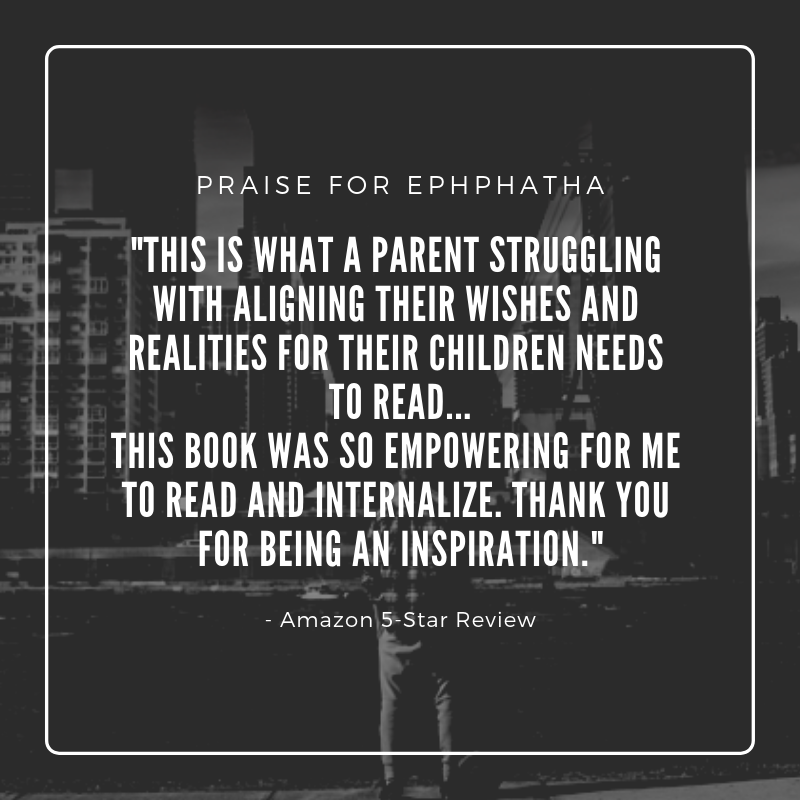 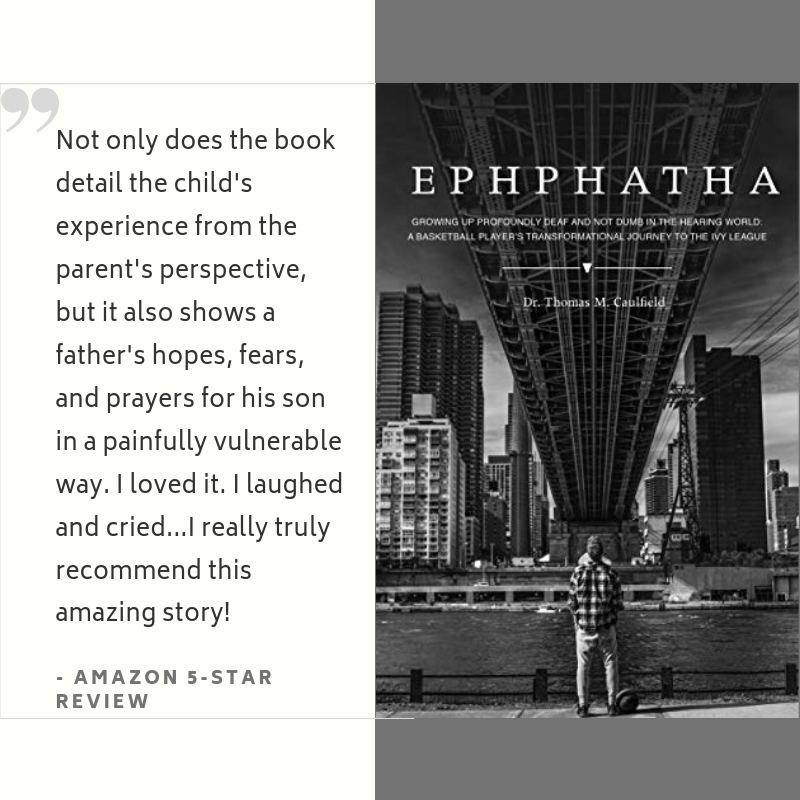 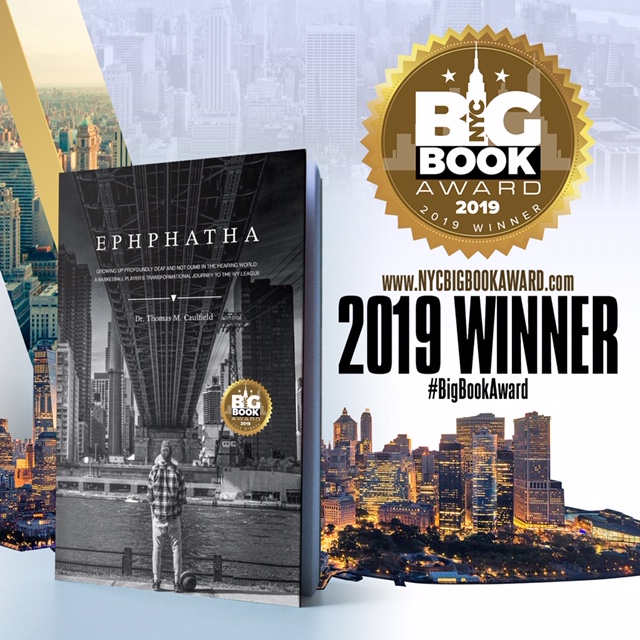 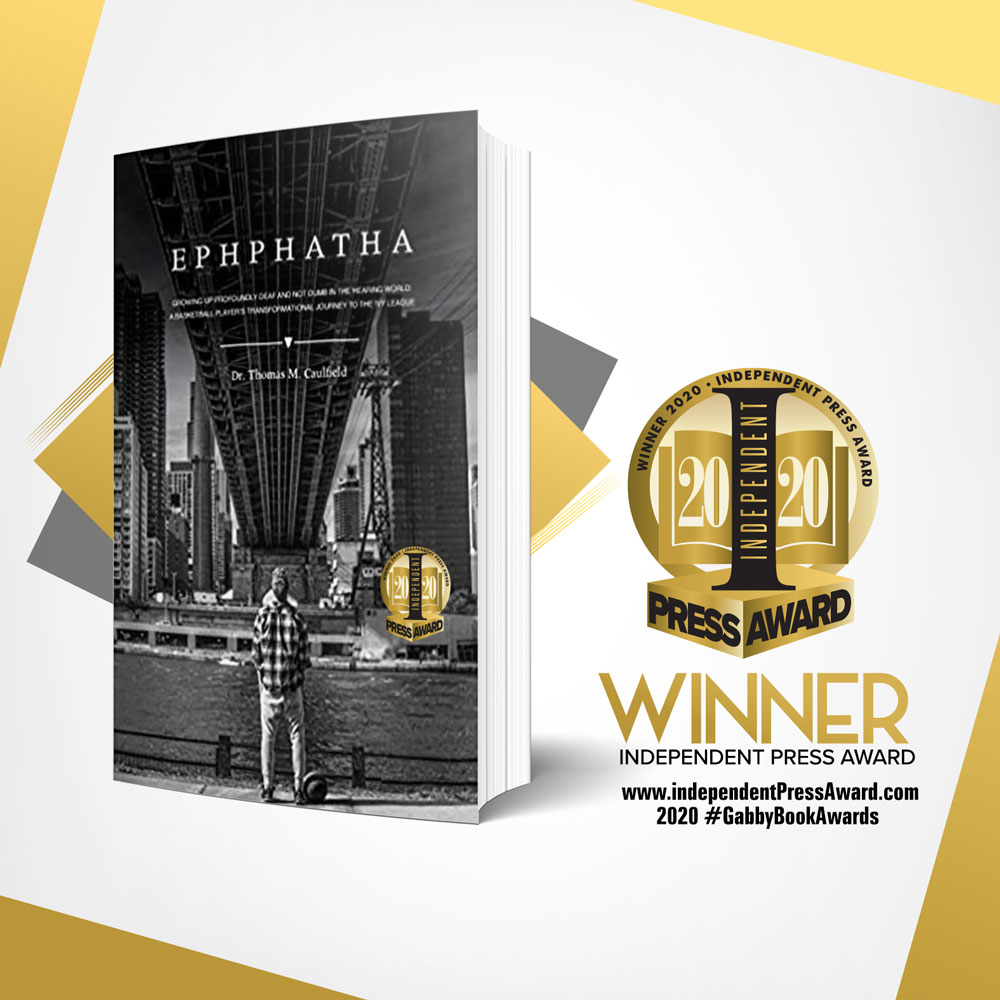 The True Story of a Transformational Journey

For two decades a father kept a secret journal documenting the life of his only son, Christopher, who was born profoundly Deaf. He had a simple dream of someday presenting that journal to Christopher as a special gift from father to son. But as each new challenge was surmounted, it became clear Christopher Caulfield’s story had to be shared.

Ephphatha, which means “to be opened,” follows Christopher’s transformational journey through the unimaginable obstacles he faced during his young life. Whose right is it to choose the intervention strategies that will help you be your best? How do you keep going when adults and children can be so unkind? Can you make yourself understood when no one around you has experienced what you are facing?

Christopher’s support came from those in his life who did open up. His chances for success on and off the basketball court also hinged on hard work, faith, and his own undeniable inner fortitude to never give up.

By the time he was nine years old he had already completed 1,500 hours of speech therapy. That same dedication led him to be a Division I college basketball recruit before he reached high school. He may not have set any records being invited to birthday parties growing up, but with Ephphatha, you’ll be rooting for Christopher all the way to the Ivy League! 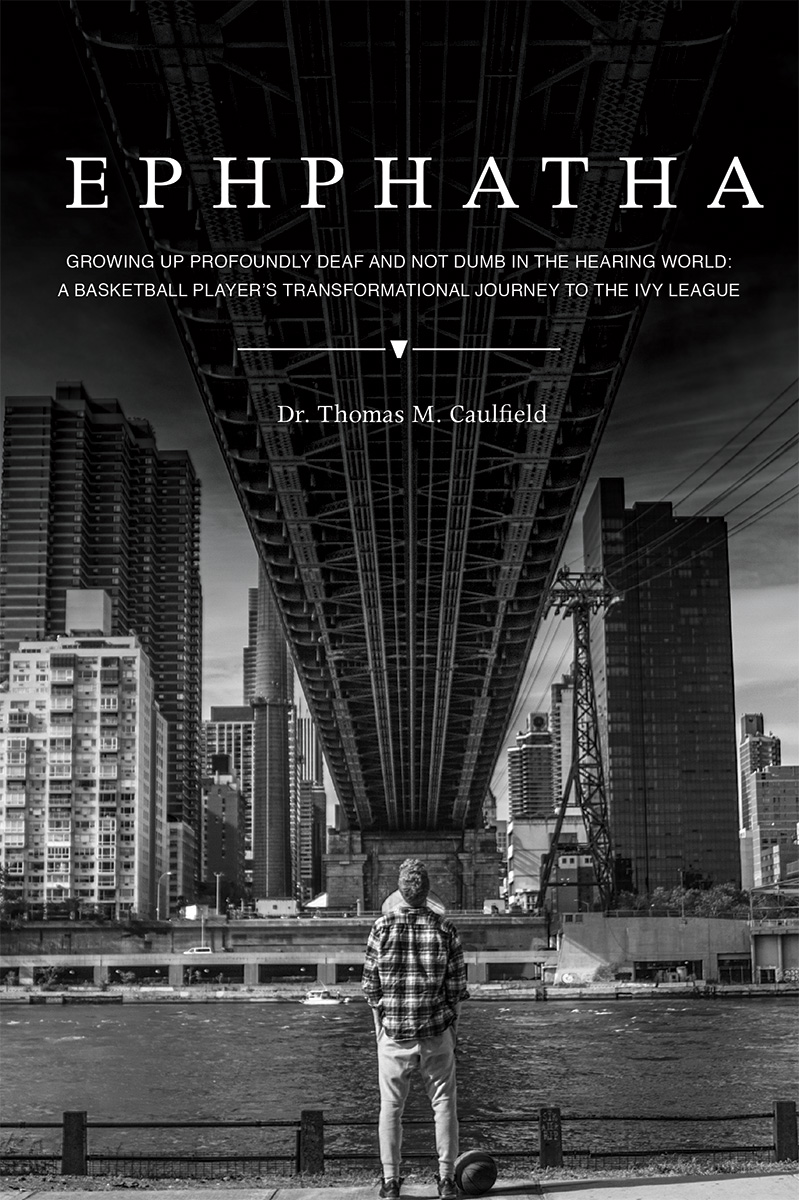 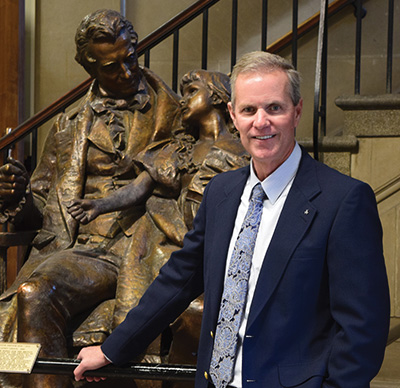 Born in Oak Park, Illinois, Thomas Caulfield learned the importance of earning a degree from his parents, who were raised during the Depression and had no financial ability to enter college. His first job in higher education began in 1980. In the decade following, he earned four college degrees. Throughout his career, he has also presented and published at national and state levels. The true story of Ephphatha is a compilation of personal journal entries Dr. Caulfield painstakingly wrote over a twenty-year period. It documents the legendary journey of his Deaf son, Christopher, and his family’s valiant attempts at helping Christopher be the best he could be.